3. What token standards are used to issue NFTs?

4. What does the NFT ecosystem consist of?

Each of the NFT-tokens is unique and exists in a single number. Non-interchangeable tokens are unique – they cannot be copied. Each of them contains identifying information recorded in smart contracts. This information makes each NFT different from the other.

With NFTs, developers have solved the problem of securing ownership of digital objects. The information about the owner and his tokens are enshrined in the blockchain. It is impossible to replace or delete the information.

How did NFT come about?

Experiments with NFT began with the emergence of solutions such as Colored Coins (in 2013) and Counterparty (in 2014), which made possible the tokenization of assets on the bitcoin blockchain.

In 2017, the NFT project Rare Pepe Directory, a meme with Pepe the frog, gained notoriety. The first NFT on the Ethereum blockchain in June 2017 was the Larva Labs team’s project – CryptoPunks pixel portraits. Initially, CryptoPunks, of which there are only 10,000, were distributed for free, but at the time of writing they are already perceived as a valuable blockchain antiquity.

CryptoKitties was the first haip in the history of NFT. Launched in November 2017, the project offers the opportunity to “breed” kitties. The user takes two NFT kitties and produces from them NFT offspring of varying degrees of rarity, which he keeps or sells.

Many projects have begun to experiment with NFT breeding mechanics by adding other gameplay elements. For example, L2 games built by third-party developers on top of CryptoKitties have emerged. The idea behind such games is that not NFTs are created for the game, but games are created for existing tokens. This idea is being developed by the Enjin project, which raised 75,000 ETH during an ICO in late 2017, and Eminence by Andre Cronje.

The L2 app Wrapped Kitties allows NFT tokens to be wrapped in ERC-20 tokens. If a user can’t afford an expensive token, they can buy a portion of it. As of March 11, 2021, the market capitalization of Wrapped NFTs was $5.098 million.

Another project with a game element is Aavegotchi, which combines the mechanisms of the DeFi service Aave and the popular Tamagotchi toy.

So-called “Hot Potato” style bubble games also appeared. Their rules are simple: each successive NFT customer pays more than the previous one. Once someone has bought an NFT from the developers, each subsequent resale automatically increases the price of the asset according to a predetermined algorithm.

The tokenization of digital art has received a new impetus: it has become even easier to create NFTs, trade them, and receive royalties from them.

All classes of digital objects are actively traded on marketplaces. The ecosystem of NFT production and circulation includes dozens of projects.

What token standards are used to issue NFTs?

ERC-721 is the first and most popular implementation of NFT on Ethereum, extending the capabilities of the basic ERC-20 standard. In it, each type of token requires a separate smart contract.

Other versions of the standards came later:

Another NFT standard that is being actively worked on is Blockchain Bean Asset or BBA. The authors of the Ethereum standard are the Blockchain Game Alliance, which includes prominent game market companies like Ubisoft. Within this standard, the developers intend to integrate the possibility of decentralized content storage.

NFTs are not limited to Ethereum – they also exist in NEO, EOS, Tron, Flow, Cosmos and other platforms.

Tron is also attracting game app developers. For example, Biscuit and the creator of the EOS game Knights intend to switch to Tron blockchain. It is supposed to unite game projects, where it will be possible to buy and sell NFT for both cryptocurrencies.

What does the NFT ecosystem consist of?

NFT projects are developed mainly in Ethereum, Flow and WAX networks, as well as on Layer 2 solutions and sidechains.

Release platforms and marketplaces can be divided into the following categories:

Where do they use NFT?

Art marketplaces are a kind of combination of auction houses, galleries and release protocols.

Nifty Gateway and SuperRare themselves invite creators of high reputation to the platforms.

Other marketplaces, OpenSea and Rarible, are more versatile and similar to Etsy or eBay – on these platforms creators can display their artworks themselves.

OpenSea is the largest NFT marketplace by trade volume, and it supports trading of ERC-721 and ERC-1155 tokens, which have been used to create more than 4 million unique digital items.

Collectible NFTs can be traded on Auctionity, which allows you to auction and buy in-game assets.

The KnownOrigin trading platform, launched in February 2018, may be of interest to designers and artists. With KnownOriginDigitalAsset’s (KODA) ERC-721 internal token, users can purchase art objects and authenticate the authenticity and authorship of their creations. KnownOrigin offers more than 19,000 works of art for sale.

How do NFTs make money?

NFTs can be bought on marketplaces like OpenSea and Rarible. OpenSea allows you to buy and sell NFTs for different assets, but the default currency is ETH.

In the future, you can try to sell NFT above the purchase price.

Users buy RARI control tokens from Rarible. Owners of RARI tokens can vote for project updates and participate in moderation.

There is also interest in AXS tokens from the game Axie Infinity, as well as MEME from the protocol of the same name, an NFT farming project. Stacking the MEME token allows you to unlock limited quantities of different artists’ works or collectible cards.

Another control token is SAND, an in-game currency in the Sandbox platform universe.

Another category of assets with an NFT bias are tokens that represent partial ownership rights. For example, the sharded coins of the NIFTEX project, which allows NFT to be broken down into smaller pieces expressed in more liquid ERC-20 tokens. A fraction of a single non-mutually exchangeable token can have multiple owners at once.

The Metapurse Project’s B20 token works on a similar principle, allowing ownership of The Beeple 20 Collection works to be split.

Many collectors are interested in borrowing against NFT collateral. The NFTfi marketplace makes this possible. If the borrower defaults, the ownership of the NFT passes to the lenders.

The basic idea behind the NFTX project is to bring liquidity to NFTs like CryptoPunks by creating $PUNK tokenized index funds. A management token is used by the community to manage the protocol.

Yearn.finance and its yInsure yield insurance project are popular in the DeFi and NFT sectors. Tokenized insurance policies from Yearn.finance can be sold on the OpenSea and Rarible marketplaces.

But, remember, there is no one right way to collect NFTs and there is no way to make money from them. It is worth bearing in mind that such tokens are low-liquid, and the value of each item is subjective. You can use analytical resources like NonFungible to analyze the situation and prices in the segment.

PFP (Picture for Proof, literally “Picture for Proof”) is a type of non-interchangeable tokens used as profile images or “avatars. Many market participants, forced out of the market by the skyrocketing prices of CryptoPunks, were looking for more affordable variations of NFT.

This led to the launch of numerous projects in the new sub-segment and the emergence of a “PFP mania”. Users on Twitter, Discord, Telegram and even LinkedIn began to change their profile pictures to NFT.

One of the first NFT/PFP projects was the Bored Apes Yacht Club (BAYC).

Yuga Labs launched the NFT Bored Ape Yacht Club series in April 2021. It’s a collection of 10,000 high-quality images of “bored monkeys” with a random combination of accessories-smoking pipes, necklaces, glasses, hats. The characters include both ordinary primates and exotic ones – with golden skin, wearing crowns, etc.

“Yacht Club” in the collection’s name implies that each NFT is a club card, giving its member privileges: access to exclusive merchandise and an online graffiti board, as well as bonuses from series creator Yuga Labs in the form of NFT dogs.

Initially, Yuga Labs was selling Bored Apes for 0.08 ETH. In September 2021, the cheapest monkey was already worth about 40 ETH. That same month, auction house Sotheby’s sold a set of 107 Bored Ape Yacht Club tokens for $24.4 million. A set of 101 tokens from another collection from Yuga Labs, the Bored Ape Kennel Club, sold for $1.8 million.

The “avatar” mania has led to many other PFP/NFTs. Most are primitive clones of popular projects, but there are exceptions.

The World of Women collection, featuring images of women, is designed to bring more diversity to the NFT world and represent as many human types as possible.

Along with brand new NFTs, teams of projects that have already been successful launch collections inspired by their original creations. The most famous examples of this kind are the Meebits collection, released by the creators of CryptoPunks, and Mutant Apes by the authors of Bored Apes. This approach allows for the expansion of existing user communities to include people for whom the original collections were inaccessible

While PFPs remain the focus of NFT users, interesting new niches are emerging in this sector. One of these is generative or programmable art. It is at the intersection of art and programming: an artist-programmer writes an algorithm with which the AI creates an image.

The art object is created when a new NFT is released and uses a transaction hash always associated with that token. This model allows market participants to feel a sense of ownership in the creation of the artwork: two users release an art object from the same collection, but get different results.

An example of generative art is Autoglyphs, a collection of 512 items created by an onchain based on an ASCII table. They are displayed thanks to the execution of the Autoglyphs smart contract. The probability of creating certain patterns is individual for each object, so individual fragments are rarer. The average price of Autoglyphs NFT sold in the last week was $1.15 million.

Many popular generative artworks are created on the Art Blocks platform, which launched in November 2020. According to CryptoSlam, trading volume on the platform for August 2021 exceeded $469 million.

Art objects are created on Art Blocks using a script written in the 5p.js programming language. Each collection has its own script stored on the Ethereum blockchain. Written in 5p.js, the program can create different geometric shapes with different structures, textures and colors depending on the creator’s goals.

The most prestigious collection of Art Blocks Curated includes NFT Ringers by artist Dmitry Chernyak. In August 2021, cryptocurrency venture capital fund Three Arrows Capital purchased Ringers #879 for 1,800 ETH (about $5.8 million at the exchange rate at the time of the deal). 1,800 ETH is the maximum amount spent on Art Blocks. The previous record was 1,000 ETH ($3.3 million) for artist Tyler Hobbs’ Fidenza #313. 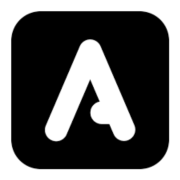 How to release an NFT? Everything you need to know